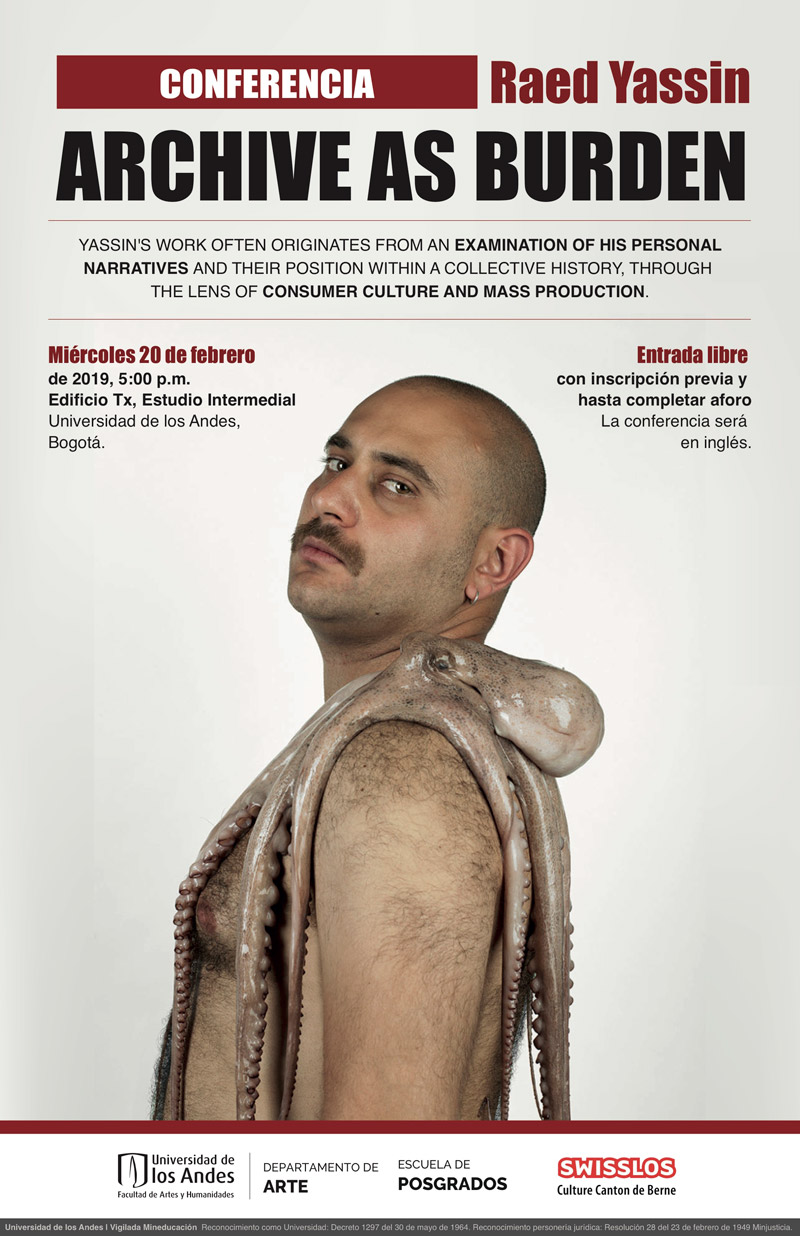 Raed Yassin (born 1979, Beirut) lives and works in Beirut. He graduated from the Theatre Department of the Institute of Fine Arts in Beirut in 2003, and in 2015 he was awarded a research fellowship at the Akademie der Künste der Welt in Cologne. An artist and musician, Yassin’s work often originates from an examination of his personal narratives and their position within a collective history, through the lens of consumer culture and mass production. One of the organisers of Irtijal Festival – Beirut’s experimental contemporary music festival – Yassin has released several music albums and founded the production company Annihaya in 2009. He is also a founding member of Atfal Ahdath, a Beirut-based art collective.