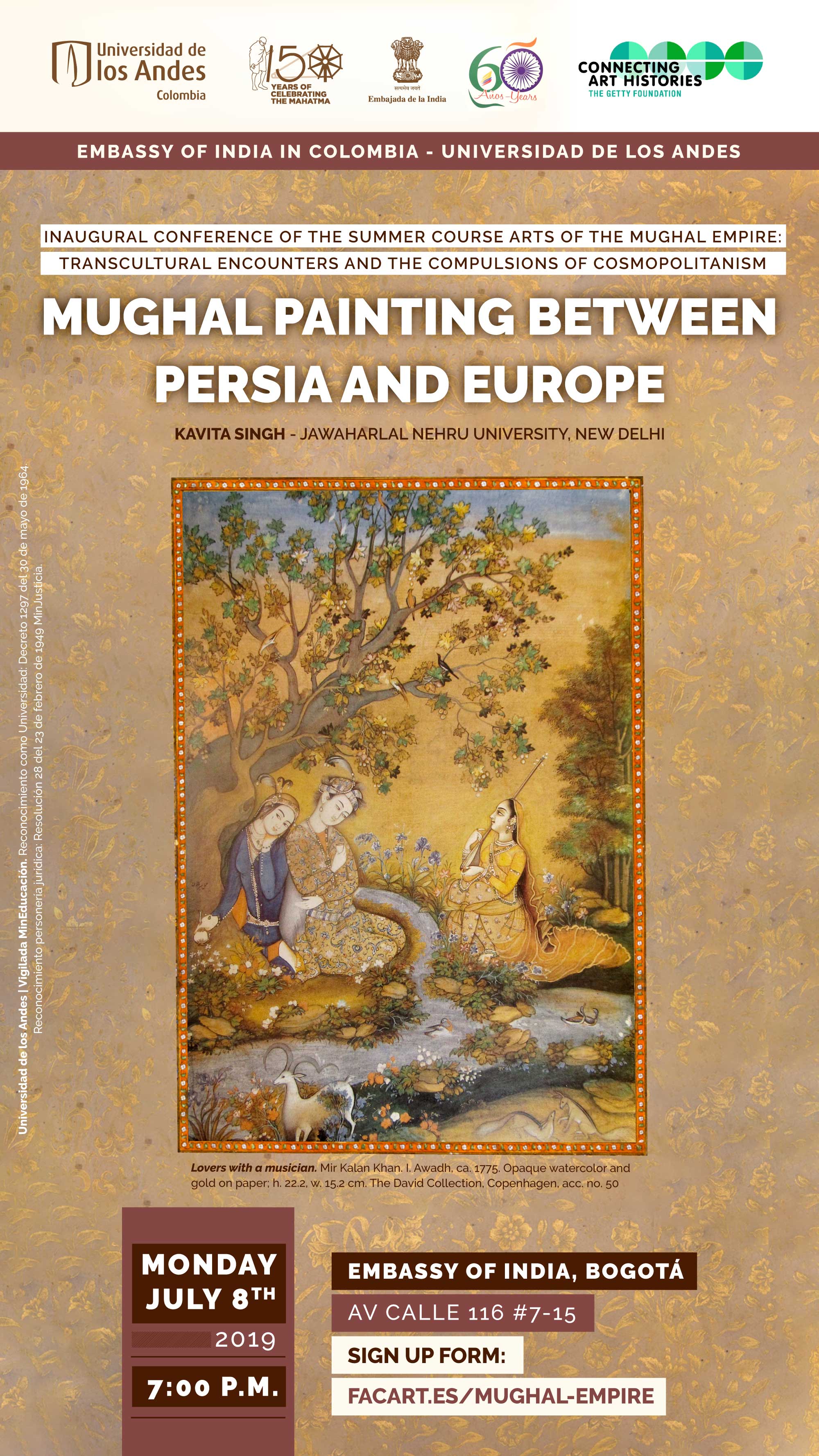 Accounts of paintings produced during the Mughal dynasty (1526–1857) tend to trace a linear, “evolutionary” path and assert that, as European Renaissance prints reached and influenced Mughal artists, these artists abandoned a Persianate style in favour of a Europeanizing one. At the same time, scholars point out, the Mughal absorption of Renaissance techniques was partial and patchy: portraits remained conventional, light sources within a frame were erratic, and spatial depth was rendered without understanding the principles of linear perspective. This is often diagnosed as the result of an inability to grasp the scientific rationality underlying European naturalism.

In this talk, I hope to counter these accounts by demonstrating that Mughal painting did not follow a single arc of stylistic evolution. Instead, during the reigns of the emperors Akbar and Jahangir, Mughal painting underwent repeated cycles of adoption, rejection, and revival of both Persian and European styles. I suggest that Mughal painters were purposely selective in their use of Persian and European elements. Stylistic influences from Europe might inform some aspects of the paintings, including the depic¬tion of clothing and faces, but the symbolism, allusive practices, and overall composition might remain inspired by Persian poetic and painterly conventions. Further, the adoption and rejection of these styles was motivated as much court politics as by aesthetic interest, suggesting new ways to understand the significance of naturalism and stylization in Mughal art.