Tales of Enchantment : A Storytelling Experience 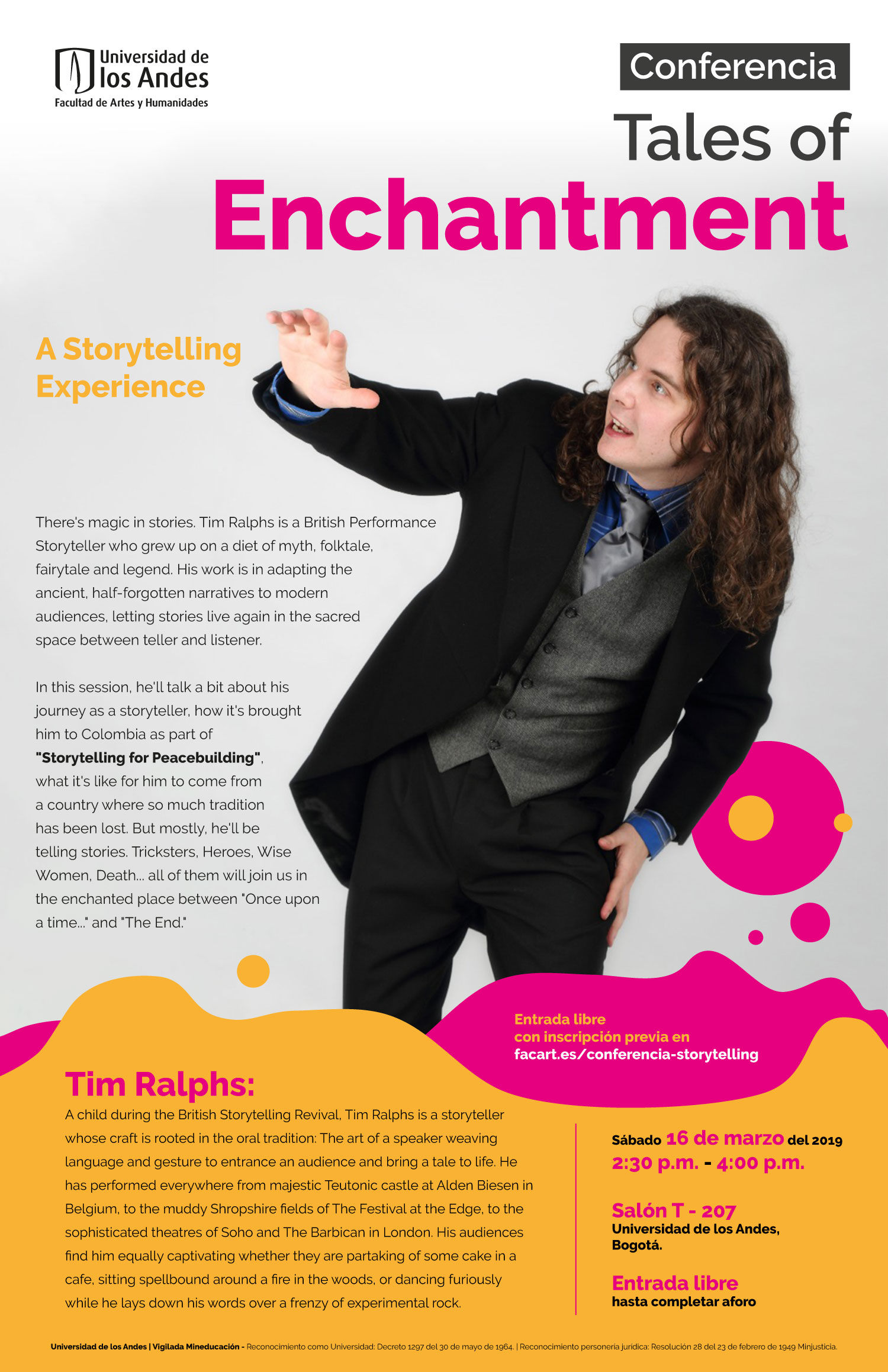 There’s magic in stories. Tim Ralphs is a British Performance Storyteller who grew up on a diet of myth, folktale, fairytale and legend. His work is in adapting the  ancient, half-forgotten narratives to modern  audiences, letting stories live again in the sacred  space between teller and listener. In this session, he’ll talk a bit about his  journey as a storyteller, how it’s brought  him to Colombia as part of  “Storytelling for Peacebuilding”,  what it’s like for him to come from  a country where so much tradition  has been lost. But mostly, he’ll be  telling stories. Tricksters, Heroes, Wise  Women, Death… all of them will join us in  the enchanted place between “Once upon  a time…” and “The End.”

A child during the British Storytelling Revival, Tim Ralphs is a storyteller whose craft is rooted in the oral tradition: The art of a speaker weaving language and gesture to entrance an audience and bring a tale to life. He has performed everywhere from majestic Teutonic castle at Alden Biesen in Belgium, to the muddy Shropshire ﬁelds of The Festival at the Edge, to the sophisticated theatres of Soho and The Barbican in London. His audiences ﬁnd him equally captivating whether they are partaking of some cake in a cafe, sitting spellbound around a ﬁre in the woods, or dancing furiously while he lays down his words over a frenzy of experimental rock.