Charla - Illuminating Genji: A Lecture on The Tale of Genji Exhibition at the Metropolitan Museum of Art 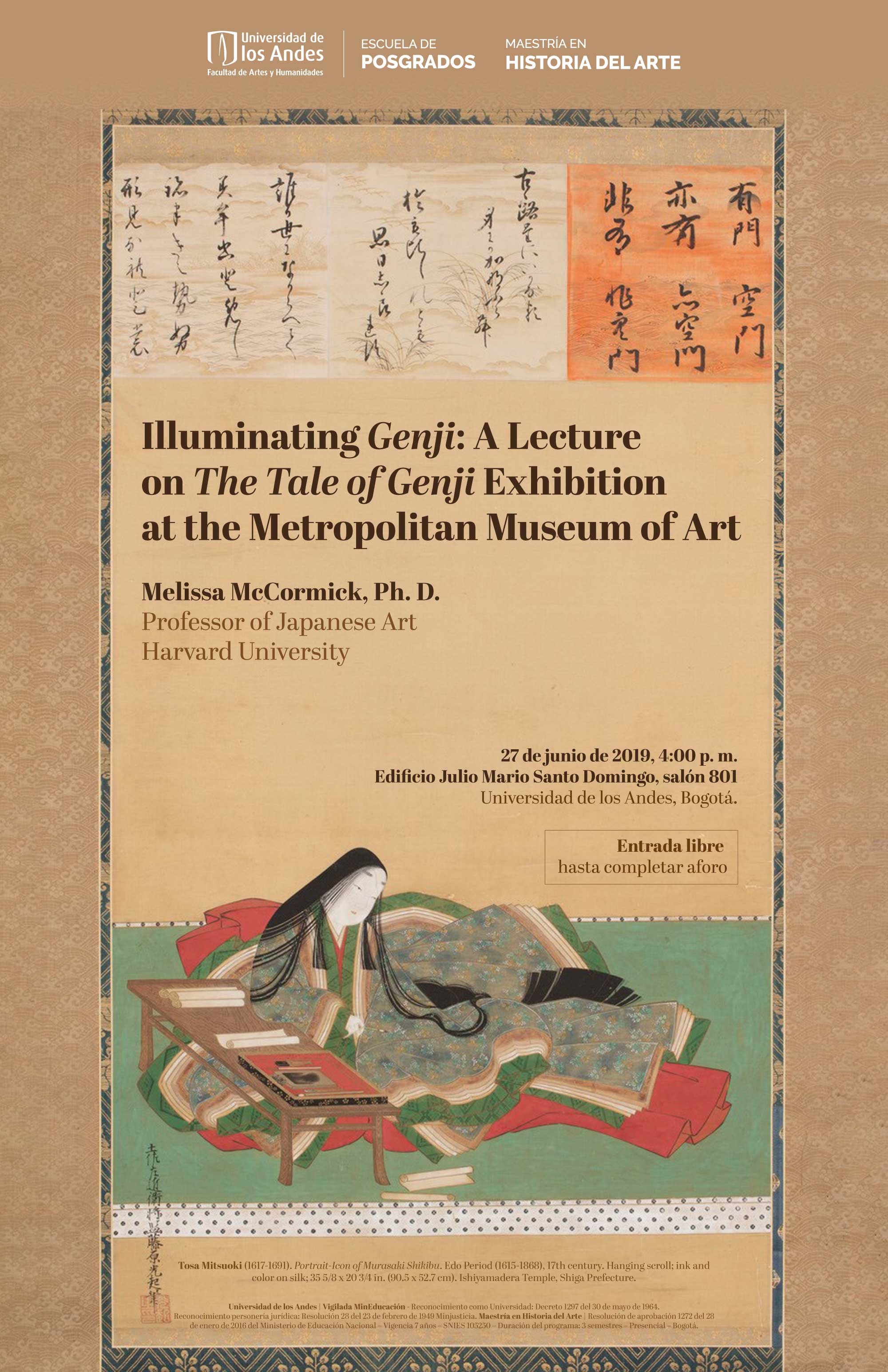 Often referred to as the world’s first novel, The Tale of Genji, written by the court lady Murasaki Shikibu in the early eleventh century, inspired art works of tremendous variety throughout Japanese history. The exhibition at The Met traced the tale’s cultural legacy over one thousand years, bringing together more than 120 objects from collections in Japan and the United States. In this talk, Melissa McCormick discusses the exhibition and her research that lead to the show’s central themes, which include the female authorship of The Tale of Genji, the work’s relationship to Buddhism, and the political uses of Genji imagery from the medieval to the modern era.

Melissa McCormick earned a dual B.A. in art history and Japanese language and literature from the University of Michigan (1990), her Ph.D. in Japanese Art History from Princeton University (2000), and studied at Gakushūin University (1996-98) while conducting her dissertation research. After a year as a fellow at the Center for Advanced Studies in the Visual Arts at the National Gallery of Art (Washington, D.C.), she served as Atsumi Assistant Professor of Japanese Art at Columbia University (2000-05), before moving to Harvard in 2005.

As an art historian with an interdisciplinary approach, McCormick investigates the relationship of pictorial form to social history and contexts of artistic production, focusing in particular on the interrelationship of text and image. Tosa Mitsunobu and the Small Scroll in Medieval Japan (Washington, 2009) studies the relationship of scale and format to pictorial representation and literary genre, while combining analyses of texts and images with historical research into hypothetical readers and viewers in the late fifteenth-century. Several articles have examined the tradition of ink-line (hakubyō) narrative painting and communities of female readers, writers, and amateur artists, and a book on this tradition of monochrome narrative painting is in progress. McCormick’s ongoing interest in The Tale of Genji has led to publications on the culture of the tale in medieval Japan, warrior patronage, female readership, and the Genji as lived experience. Her research on the Genji Album in the collection of the Harvard University Art Museums, which dated the work to 1509 and identified its patron, was featured on an NHK documentary (2008) and is the subject of a forthcoming book on Genji painting. Another current project includes articles in English and Japanese on the meaning and function of Murasaki Shikibu portraits. Professor McCormick offers courses ranging from the Introduction to Japanese Art and Architecture, to a freshman seminar on pictorial narrative covering manga and anime, to seminars on Gender and Japanese Art, and advanced graduate seminars on reading and translating medieval emaki.

Information from the Department of East Asian Languages and Civilizations – Harvard University ealc.fas.harvard.edu/people/melissa-mccormick