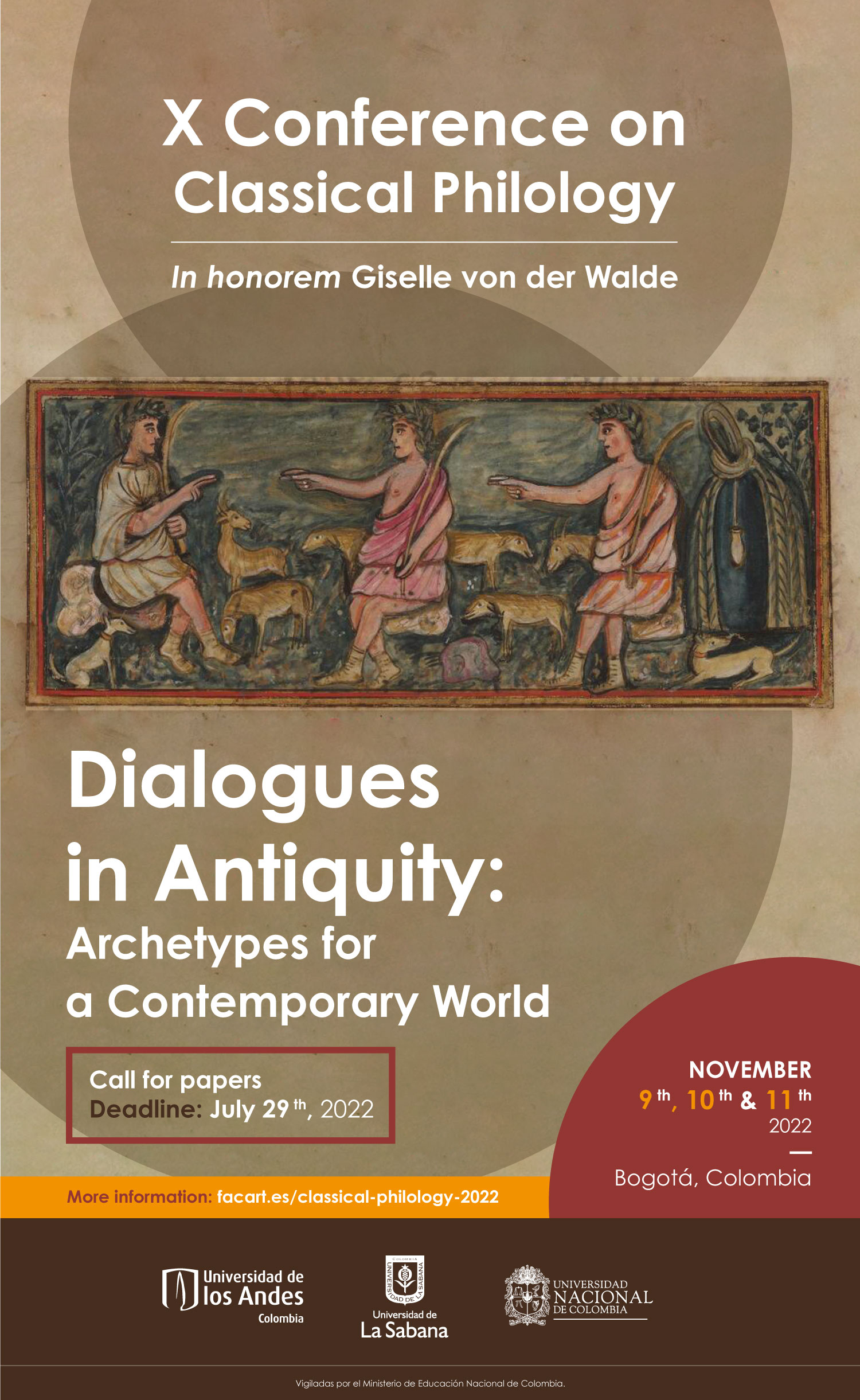 Greek philosophers cultivated and developed dialogue as a literary genre, and considered lively conversation a method of exposition, research, analysis of ideas, as well as a valid way of building arguments. According to Aristotle (fr. 65, 72 Rose, ap. D.L. 3.48, 8.57, 9.25), Zeno was the inventor (εὑρητής) of dialectics and the first to write dialogues (Test. 14 Diels-Kranz). Testimonies also tell us about a dialogue entitled ΤΡΩΙΚΟΣ (fr. 5) written by Hippias (Test. 2 Diels-Kranz), of which only the title and a very brief summary are preserved (cf. Philostr. VS 1.11). In fact, Plato’s forty-two dialogues (authentic and apocryphal) are testimony to the consolidation of a literary genre, a form of reasoning, and exercise of philosophy, which had a notable impact on later philosophical works. Indeed, the staging of characters with different points of view facilitates the treatment of all sorts of philosophical and non-philosophical topics, as we can see in authors such as Cicero, Seneca, Plutarch, Lucian, Athenaeus, Boethius, Erasmus, Fray Luis de León, Luis Vives, Diderot, Lessing, etc.

The construction and elaboration of discourse by means of dialogue are not exclusive to philosophy. That exchanging game between characters was also present in tragedy and comedy, since the performance of speech and dialogue is inherent to drama. Other literary genres show elements of dialogue that not only lend liveliness to the action, but interrogate, argue, and thereby promote reflection on human behavior and nature, through identification between readers or listeners and characters. In the first book of the Iliad, Chryses, priest of Apollo, tries to persuade the Achaeans to free his daughter and faces the vehement opposition of Agamemnon. The archaic poets, especially the iambographers, exploited this literary device to highlight their emotions, even when this device reached its splendor in the theater of the classical period. Likewise, historians reproduced dialogues to lend authenticity to their historical narratives and rhetoricians also made use of dialogue as an expressive resource. Christians and the learned people of later times, assimilated dialogue as an instrument of promoting moral and theological principles. In this way, dialogue became the form of pedagogical instruction par excellence.

The expressive wealth of dialogue presents itself in numerous artistic and intellectual ways. The encounters between emotional and aesthetic resources, pedagogical and didactic purposes, as well as between claims of objectivity and scientific rigor, are fertile ground for the transdisciplinary inquiry characteristic of classical studies. This invites a diversity and multiplicity of perspectives for contributions in relation to ancient authors and their works. Investigating the history of dialogue since antiquity also allows us to consider it as an archetype for the exchange of opinions and ideas. This is suitable for dealing with current problems that increasingly require the willingness to negotiate and rethink ideas and convictions, empathize with the feelings of others, and build agreements based on the examination of opposing arguments and points of view.

Thus, for this tenth Conference on Classical Philology, we invite all scholars of classical culture and its reception to submit proposals in one of the following suggested thematic areas (the list is not exhaustive):

Thematic panels should consist of presentations about one central issue, a research problem, or a particular author. These panels should be composed of 3 to 5 people; they should have a maximum length of 2 hours, including discussion with the public. The panels will have a coordinator who will give a brief presentation of the proposed ideas (maximum 100 words) and an abstract of the papers (between 150 and 300 words). This is an ideal space for presenting the work of research groups or research initiatives.

Those interested in participating with a presentation that is not not part of a thematic panel, should send an abstract not exceeding 300 words for a paper of 20 minutes followed by a 10-minute discussion.

Reception of proposals: February 29 – July 29
Evaluation of proposals: August
Notification of results: August 29
All proposals received will be evaluated anonymously by a committee.
Although the format of the Conference is currently set out as hybrid, we might be affected  by changes  due to current health conditions.

The topics, both of the tables and of the presentations, must be related to ancient Greek and Roman cultures (Classical Philology, Linguistics, Literature, History, Art History, Philosophy, Classical Tradition, Rhetoric, Archeology, Epigraphy, Law, etc.).

All abstracts of presentations or thematic tables (in Spanish, Portuguese, Italian, French, or English) must include the full name of the author and the author’s institutional affiliation, if any.

Proposals must be submitted through the following forms as appropriate:

Forging a History of Modern Art from the Andes